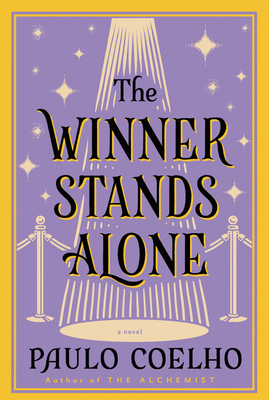 A Story of Love and Obsession

In The Winner Stands Alone, Paulo Coelho takes us to the Cannes Film Festival, where the so-called superclass—those who have made it in the dreammaker’s world of fashion and cinema—gathers. At stake are money, power, and fame—things that most people are prepared to do anything to keep.

At this modern vanity fair we meet Igor, a Russian millionaire; Middle Eastern fashion czar Hamid; American actress Gabriela, eager to land a lead role; ambitious criminal detective Savoy, hoping to resolve the case of his life; and Jasmine, a woman on the brink of a successful modeling career.

Who will succeed in identifying his or her own personal dream among the many prefabricated ones—and succeed in making it come true?

Paulo Coelho, born in Rio de Janeiro in 1947, is one of the bestselling and most influential authors in the world. The Alchemist, The Valkyries, Brida, The Fifth Mountain, Eleven Minutes, The Zahir, The Witch of Portobello, Veronika Decides to Die, The Winner Stands Alone, Aleph, Adultery, and Hippie, among others, have sold over 320 million copies worldwide.

“[Coelho’s] special talent seems to be his ability to speak to everyone at once. The kind of spirituality he espouses is to all comers. . . . His readers often say that they see their own lives in his own books.” — The New Yorker

“[Coelho’s] special talent seems to be his ability to speak to everyone at once. . . . His readers often say that they see their own lives in his own books.” — The New Yorker