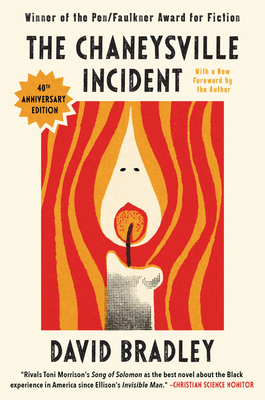 The Chaneysville Incident: A Novel (Paperback)

"The Chaneysville Incident rivals Toni Morrison's Song of Solomon as the best novel about the black experience in America since Ellison's Invisible Man." — Christian Science Monitor

Updated with a new foreword by the author in celebration of its fortieth anniversary, the classic PEN/Faulkner Award-winning novel about a man’s obsessive quest to uncover the circumstances of his father’s death and his town’s murky history.

Legend has it something happened in Chaneysville . . .

John Washington is coming home to Chaneysville. Old Jack Crawley, his father's closest friend and John’s guardian, is dying, and the young man will care for him in his final days.

For the brilliant and embittered black historian, it is a return that will plunge him deep into the past, into the dark secrets of this town and the buried evil of his heritage. Investigating the death of his father, Moses, a moonshiner with a difficult past, John must come to terms with his family’s proud and tragic history and the terrible truth of this white rural town close to the Mason Dixon line— a waystation for slaves traveling along the Underground Railroad—that he once called home.

The Chaneysville Incident is the story of John's relationship with his family, his hometown, and the woman he loves—and the indelible bonds between past and present, oppression and bondage, history and myth, faith and guilt, love and acceptance.

David Bradley is an associate professor of creative writing at the University of Oregon and the author of South Street and The Chaneysville Incident, the latter of which won the PEN/Faulkner Award in 1982 and was a finalist for the National Book Award. The novel also earned Bradley an Academy Award for literature. Bradley has published essays, book reviews, and interviews in periodicals and newspapers including Esquire, Redbook, the New York Times, the Los Angeles Times, and the New Yorker.

"David Bradley's The Chaneysville Incident now may be placed on the honor shelf, right next to Ellison's [Invisible Man]. It is even more powerful, for its power is asserted on several levels: a contemporary novel enriched by historic and mythic appointments, and finally made tragic by them." — Fort Worth Star-Telegram

"Brutal, spectacular. . . ultimately, brilliant. Certainly the most important piece of fiction I've read so far this year, perhaps the most significant work by a new male black author since James Baldwin dazzled the early '60s with his fine fury." — Los Angeles Times

"The Chaneysville Incident rivals Toni Morrison's Song of Solomon as the best novel about the black experience in America since Ellison's Invisible Man." — Christian Science Monitor

“Rich, complex and relentless: a mystery, a history, a family drama and a meditation on race, death and time, all wrapped around a cryptic incident in Chaneysville, in western Pennsylvania, once a pathway on the Underground Railroad." — New York Times

"So strikingly original, so shockingly powerful . . . a book which will have a remarkable effect on generations to come." — Detroit News