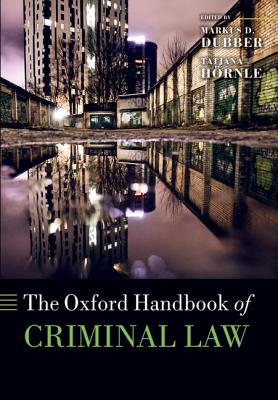 
Usually Ships in 1-5 Days
The Oxford Handbook of Criminal Law reflects the continued transformation of criminal law into a global discipline, providing scholars with a comprehensive international resource, a common point of entry into cutting edge contemporary research and a snapshot of the state and scope of the field. To this end, the Handbook takes a broad approach to its subject matter, disciplinarily, geographically, and systematically. Its contributors include current and future research leaders representing a variety of legal systems, methodologies, areas of expertise, and research agendas. The Handbook is divided into four parts: Approaches & Methods (I), Systems & Methods (II), Aspects & Issues (III), and Contexts & Comparisons (IV). Part I includes essays exploring various methodological approaches to criminal law (such as criminology, feminist studies, and history). Part II provides an overview of systems or models of criminal law, laying the foundation for further inquiry into specific conceptions of criminal law as well as for comparative analysis (such as Islamic, Marxist, and military law). Part III covers the three aspects of the penal process: the definition of norms and principles of liability (substantive criminal law), along with a less detailed treatment of the imposition of norms (criminal procedure) and the infliction of sanctions (prison or corrections law). Contributors consider the basic topics traditionally addressed in scholarship on the general and special parts of the substantive criminal law (such as jurisdiction, mens rea, justifications, and excuses). Part IV places criminal law in context, both domestically and transnationally, by exploring the contrasts between criminal law and other species of law and state power and by investigating criminal law's place in the projects of comparative law, transnational, and international law.