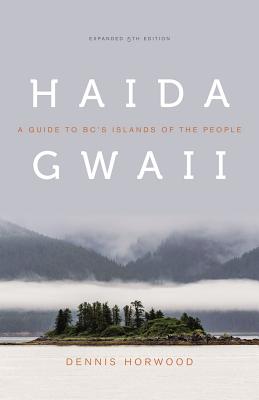 Haida Gwaii, ancestral home of the Haida Nation, was once as inaccessible and mysterious as it is beautiful. The tight cluster of islands off British Columbia's northwest coast remained virtually untouchable for millennia, allowing its people to develop a distinct and exceptional cultural identity that was revered across the region. Today, Haida Gwaii--a name that means "islands of the people" in the Haida language--has piqued the interest of world travellers. Its magnificent beaches, unique flora and fauna, exceptional fishing and kayaking, and world heritage sites have earned international acclaim--and the distinction of being named one of the world's must-see places by National Geographic.

Haida Gwaii: A Guide to BC's Islands of the People is the newly updated, expanded, full-color edition of Dennis Horwood's bestselling guidebook. Applying his in-depth knowledge of the islands' geography, social history, and natural and cultural attractions, Horwood equips travellers with everything they need to know about visiting these glorious gems of the Pacific. This indispensible guide includes stunning photography, full-colour maps, regional histories, archaeological sites, accommodation listings, suggestions for outdoor adventures, and informative facts about local wildlife.

Dennis Horwood spent several years working for Parks Canada and BC Parks before moving to Kitimat, British Columbia, where he worked in the public school system for over thirty years. Now retired, he spends his time canoeing, hiking, and exploring Douglas Channel and northern marine waterways and writes a natural history column for his local newspaper. He is a member of the Kitimat Valley Naturalist Club and is active with the World Wildlife Fund.