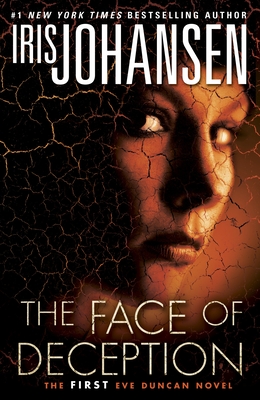 The Face of Deception: The first Eve Duncan novel (Paperback)

This is book number 1 in the Eve Duncan series.

An unidentified skull, a trail of shocking secrets, and a woman whose talented hands could reveal the terrifying truth—#1 New York Times bestselling author Iris Johansen blends these elements into a compelling novel of suspense, and introduces her most popular character ever: forensic sculptor Eve Duncan.

After her beloved daughter vanishes, Eve Duncan survives by immersing herself in her work. The best in her elite field at rebuilding faces from fragments of skull bones, she helps to put a name to a face, to identify missing children. It is Eve’s way of coming to terms with her personal nightmare. But more terror lies ahead when she accepts a job from billionaire John Logan. Beneath Eve’s gifted hands, a face begins to emerge from the skull he has given her to reconstruct—a face that no one was ever meant to see. Now Eve is trapped in a web of murder and deceit as powerful enemies rush to cover up the truth, determined that their secrets go to the grave—even if Eve gets buried with them.
Iris Johansen is the New York Times bestselling author of many novels, including Killer Dreams, On the Run, Countdown, Firestorm, Fatal Tide, Dead Aim, and No One to Trust. She lives near Atlanta, Georgia.
“A fast-paced, nonstop, clever plot in which Johansen mixes political intrigue, murder, and suspense.”—USA Today

“The book’s twists and turns manage to hold the reader hostage until the denouement, a sure crowd pleaser.”—Publishers Weekly