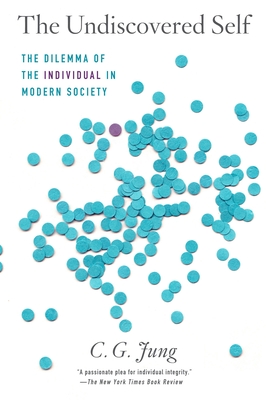 The Undiscovered Self: The Dilemma of the Individual in Modern Society (Paperback)


Special Order
One of the world’s greatest psychiatrists reveals how to embrace our own humanity and resist the pressures of an ever-changing world.

In this challenging and provocative work, Dr. Carl Jung—one of history’s greatest  minds—argues that civilization’s future depends on our ability as individuals to resist the collective forces of society. Only by gaining an awareness and understanding of one’s unconscious mind and true, inner nature—“the undiscovered self”—can we as individuals acquire the self-knowledge that is antithetical to ideological fanaticism. But this requires that we face our fear of the duality of the human psyche—the existence of good and the capacity for evil in every individual.

In this seminal book, Jung compellingly argues that only then can we begin to cope with the dangers posed by mass society—“the sum total of individuals”—and resist the potential threats posed by those in power.