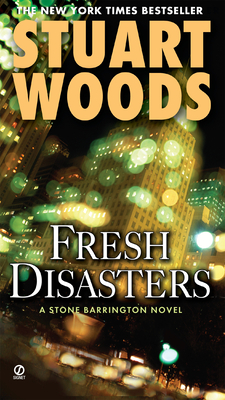 This is book number 13 in the A Stone Barrington Novel series.

A chance encounter with a small-time crook sends Stone Barrington straight into the heart of New York’s mafia underworld in this action-packed thriller in the #1 New York Times bestselling series.

It started out as just another late night at Elaine’s, but it ended with Stone on the horns of a dilemma. Forced to represent a sleazy but clueless con man, Stone finds that what could have been a throwaway case instead leads right to Carmine Datilla, a powerful mob boss with a notoriously bad temper and long reach. With the help of his ex-partner, Dino, Stone investigates “Datilla the Hun,” and the rest of the mob family, encountering intrigue and danger at every turn. Will Stone finally take a stand, or will he end up at the bottom of Sheepshead Bay?
Stuart Woods is the author of more than eighty-five novels, including the #1 New York Times-bestselling Stone Barrington series. He is a native of Georgia and began his writing career in the advertising industry. Chiefs, his debut in 1981, won the Edgar Award. An avid sailor and pilot, Woods lives in Florida, Maine, and Connecticut.
Praise for Fresh Disasters

“There are plenty of laughs as the pages speed by. Series regulars and newcomers alike will be perfectly satisfied.”—Publishers Weekly

“Stone is as slick as ever.”—Booklist