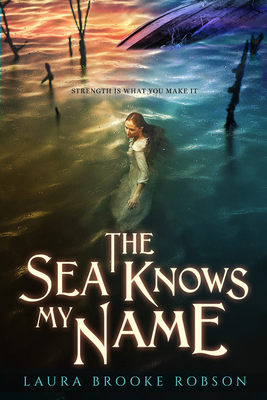 The Sea Knows My Name (Hardcover)


Usually Ships in 1-5 Days
In this seafaring fantasy, a soft-spoken and empathic teen must chart her own course to rescue the ruthless pirate who raised her

If there’s one thing Thea Fowler has learned from her mother, it’s that the only way for a woman to survive in a man’s world is to make herself strong, invulnerable even. Strength, after all, is how Clementine Fowler survived after her world was washed away by ash and lava and became one of the most notorious pirates the world has ever known.

Unfortunately, Thea has inherited none of her mother’s ruthlessness and grit.

After a lifetime of being told she is a disappointment, Thea longs to escape life under her mother’s thumb. And when she falls for a handsome sailor named Bauer, she thinks she’s found her chance at a new life. But it’s not long before first love leads to first betrayal, and Thea learns that there’s more than one way to be strong.

Laura Brooke Robson grew up in Bend, Oregon and moved to California to study English at Stanford University. She currently lives in Melbourne, Australia, where she enjoys drinking too much coffee and swimming in places she's probably not supposed to swim.