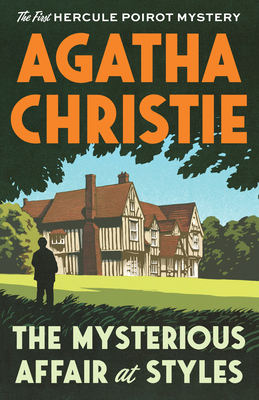 This is book number 1 in the Hercule Poirot series.

A refugee of the Great War, Poirot is settling in England near Styles Court, the country estate of his wealthy benefactress, the elderly Emily Inglethorp. When Emily is poisoned and the authorities are baffled, Poirot puts his prodigious sleuthing skills to work.

Suspects are plentiful, including the victim’s much younger husband, her resentful stepsons, her longtime hired companion, a young family friend working as a nurse, and a London specialist on poisons who just happens to be visiting the nearby village. All of them have secrets they are desperate to keep, but none can outwit Poirot as he navigates the ingenious red herrings and plot twists that earned Agatha Christie her well-deserved reputation as the queen of mystery.
AGATHA CHRISTIE (1890-1976) was born in Devon, England. She wrote more than seventy books and 150 short stories, as well as works for stage and screen. Her novel And Then There Were None is considered the world's bestselling mystery novel, and her play The Mousetrap is the longest-running play in London theater history.
“Christie’s books are so much more than great puzzles. Each of her novels demonstrates a profound understanding of people–how they think, feel and behave–all delivered in her crisp, elegant, addictively readable style.” —The Guardian