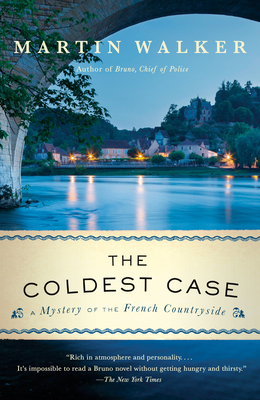 This is book number 14 in the Bruno, Chief of Police Series series.

An anonymous skull, an unsolved murder, sinister rumors from the Cold War era of espionage—Bruno's investigation into a long-standing cold case finds him caught between an enigmatic winegrower and a menacing Communist organization from the past.

After attending an exhibit on the facial reconstruction of ancient skulls, Bruno wonders if this technology might provide an invaluable clue to a thirty-year-old cold case. But learning the identity of the murder victim is only the beginning.

The investigation quickly turns thorny and leads Bruno to a reclusive vintner, Henri Bazaine, whose education at a vocational school in a formerly Communist region has raised some eyebrows. An inquiry into the defunct school turns up shadowy reports of possible connections and funding from the Stasi, the repressive police agency of the former East Germany. The scrutiny on Henri intensifies once Bruno discovers that he was declared dead thirty years ago and has been living under an assumed name ever since.

The strange case is further complicated as Parisian bureaucrats get involved, hinting that essential diplomatic relations might be at stake. And to make matters even worse, the Dordogne is suffering from an intense summer drought that is sparking fires across the region. But as always, Bruno will keep a cool head through it all--and, bien sûr, takes time to enjoy a sumptuous Périgordian meal!
MARTIN WALKER, after a long career of working in international journalism and for think tanks, now gardens, cooks, explores vineyards, writes, travels, and has never been more busy. He divides his time between Washington, D.C., and the Dordogne.
"Rich in atmosphere and personality.... It's impossible to read a Bruno novel without getting hungry and thirsty."—The New York Times

“Walker really shines in portraying the Dordogne—and Bruno’s idyllic life there. . . . New readers to the series can comfortably start here—Walker has the rare ability in a series writer of orienting old and new readers alike. A feast.”—Booklist (starred review)

“While I am an avid fan of one-sitting, page-turner books . . . I am also quite taken with books that force me to pause every few pages or so to savor and reflect a bit before continuing—to enjoy a deft turn of phrase or imagine the smells and sounds of the locale. Martin Walker’s books fall squarely into the latter category, and his latest, The Coldest Case, is a prime example.”—BookPage (starred review)

“Packed with descriptions of the food Courrèges and his friends cook, of the gorgeous French countryside and of the local community, this book is pure escapism. . . . It is a delight to dip into [Bruno’s] sun-baked world.”—The Observer (London)

“Bruno Courrèges has a life the rest of us can only dream about. . . . Walker weaves an exciting story against a backdrop of bucolic bliss.”—Daily Mail (London)

“Three different elements need to be addressed in Martin Walker's latest novel. First, the quality of writing, which is quite simply super. Second, the story, which in and of itself is enough to elevate this to the top echelon of police crime dramas. But the unexpected bonus is the culinary descriptions. They add a unique spice to the story, as they form a beautiful bond with the region, the people, and the art of good cooking. Highly recommended.”—Davis Bunn