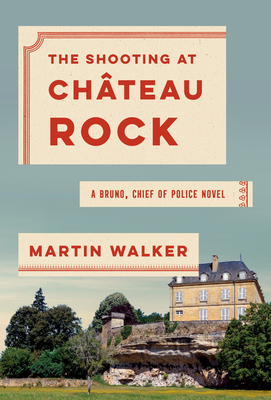 This is book number 13 in the Bruno, Chief of Police Series series.

This installment in the delightful, internationally acclaimed series featuring Chief of Police Bruno will take all of Bruno's resolve and quick thinking to untangle a mystery that will reach its deadly denouement at the château of an aging rock star. But in true Bruno fashion, at least lunchtime is never in danger.

It’s summer in the Dordogne and the heirs of a modest sheep farmer learn that they have been disinherited. Their father’s estate has been sold to an insurance company in return for a policy that will place him in a five-star retirement home for the rest of his life. But the farmer dies before he can move in. Was it a natural death? Or was there foul play? Chief of Police Bruno Courrèges is soon on the case, embarking on an investigation that will lead him to several shadowy insurance companies owned by a Russian oligarch with a Cypriot passport.

The arrival of the oligarch’s daughter in the Périgord only further complicates one of Bruno’s toughest cases yet.
Martin Walker, after a long career of working in international journalism and for think tanks, now gardens, cooks, explores vineyards, writes, travels, and has never been more busy. He divides his time between Washington, D.C., and the Dordogne. www.brunochiefofpolice.com
"Enchanting. . . With Bruno around, all’s right with the world."—Marilyn Stasio, The New York Times Book Review

"Martin Walker's books . . . are consistently excellent; I really want to know Bruno, to eat at his dinner table with his charming and entertaining guests, to play fetch with his basset hound, Balzac. I really want to be Bruno."—Bruce Tierney, BookPage, starred review

"While the novel has its bad guys, good and evil are less starkly drawn than in many American police tales. That’s partly because good has been so humanized here. . . Bruno’s reaction to. . . limited criminal justice is telling: Retribution holds no allure for him. Instead he settles for the certainty that the wicked are thwarted, as befits a police officer of such expansive humanity and the novel’s ethos of the social over the solitary, the human and animal over the machine, and life over death."—Eve Ottenberg, Washington City Paper

"Outstanding . . . Francophiles will relish the evocative descriptions of the Périgord region and its cuisine. Distinctive characters complement the intricate mystery. Readers new to this elegant series will feel right at home."—Publishers Weekly, starred review ("Best Books of the Summer")

"While waiting for crime to be solved, readers can revel in the wonders of the Dordogne . . . Falling-off-the-bone French at its ne plus ultra."—Kirkus

"I’ve read a lot of mysteries in my day, and Martin Walker’s Bruno novels are up there at the top of my list alongside Michael Connelly, Georges Simenon, and most recently Anthony Horowitz.”—Graydon Carter