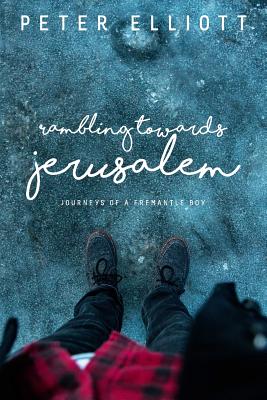 Rambling Towards Jerusalem: Journeys of a Fremantle Boy (Paperback)

Rambling Towards Jerusalem is an often hilarious memoir of a young traveller's journeys through 40 countries during four years in the late 1970s and early 1980s. Join Peter Elliott as he heads to Kathmandu, distancing himself from his Mormon upbringing and attempting to cross two continents with 30 other people in a bus with no toilet. A string of adventures and misdemeanours see Peter in Kashmiri riots, in lawless towns on the Pakistan-Afghani border; discovering gold in Western Australia, plunged deep beneath the Red Sea, neglecting an amazing opportunity to be sponsored by Guinness, and finally, to Jerusalem.

The incessant travel is echoed by a spiritual journey as the author wrestles with the benefits and pitfalls of commitment, be it in relationships or spiritual matters. This brutally honest book blends the amoral restlessness of Kerouac's On the Road with more than a dash of Augustine's Confessions, and adds a twist of Brysonesque humour. Reading this book while drinking coffee could be a dangerous pursuit.