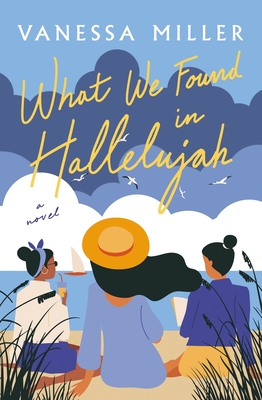 What We Found in Hallelujah (Paperback)

Another storm is on the horizon for the Reynolds women. And the only way out is to go through it.

Good things never happen in November--at least not for the Reynolds women. It was the month they lost their patriarch. And the month when fourteen-year-old Trinity went missing during a tropical storm. So Hope Reynolds isn't surprised when it becomes the month she walks in on her boyfriend kissing another woman. Or when she receives a panicked call from her mother about a mistake that could cost the family their treasured beach house.

Meanwhile, Faith Reynolds-Phillips is facing her own financial struggles. She's also looking down the barrel of divorce and raising a daughter who reminds her so much of her younger sister, Trinity, that sometimes it physically hurts. The last place Hope and Faith want to be is in Hallelujah, South Carolina, during hurricane season. Going home will force them to confront the secrets that have torn their family apart. But if they can survive another storm, they'll have a chance to rebuild on a new foundation--the truth.

In the latest novel from prolific writer Vanessa Miller, three women must find the strength to endure the storm and the faith to believe in a miracle.