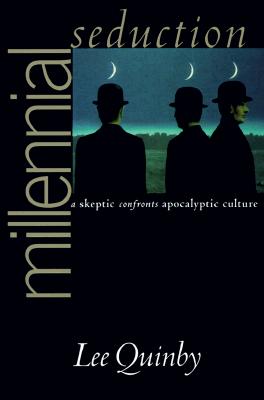 Who among us still thinks the year 2000 is just an arbitrary turn of a calendar page? Why does its approach bring both fear of apocalyptic destruction and the promise of millennial salvation? Lee Quinby investigates how anxiety about the arrival of the new century casts everything from El Ni o to sheep cloning in apocalyptic terms, simultaneously fueling panic and fostering unfounded hope for a perfect world.

Millennial rhetoric is both pervasive and persuasive, Quinby argues, because it operates with mutually reinforcing doses of fear and hope. Religious and secular anxiety erupts over charged issues such as sex education, the regulation of cyberspace, and the Christian masculinity of the Promise Keepers. Quinby exposes the dangers of millennialist solutions, which link misogyny, homophobia, and racism with absolutist claims about truth, morality, sexuality, and technology.

It is the absolutism of apocalyptic thought--not an impending apocalypse--that poses the more serious threat to our society, Quinby maintains. Millennial Seduction advocates a form of skepticism that challenges absolutism and encourages democratic participation.

Lee Quinby is Professor of American Studies and English at Hobart and William Smith Colleges. She is also the author of Anti-Apocalypse.