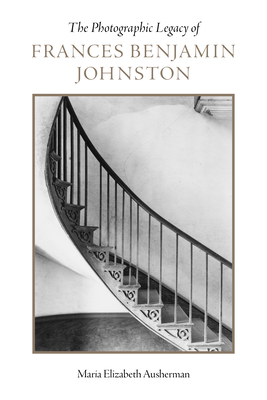 The Photographic Legacy of Frances Benjamin Johnston (1864–1952) draws on original papers and photographs from the Library of Congress to document the extraordinary life and nearly seventy-year career of this pioneering photographer. Maria Elizabeth Ausherman illuminates the early origins of Johnston’s style and vision, and her attempts to change society through her art. One of the first women to work in an emerging field dominated by men, Johnston achieved acclaim as an accomplished photographer and photojournalist.

As the official White House photographer for five administrations, she was instrumental in defining the medium and inspiring women to train in and appreciate photography. But it is her monumental nine-state survey of southern American architecture that stands as her most significant contribution to the history and development of photography both as art and as documentary. Through her photography, Johnston showed reverence for the beautiful historic buildings she appreciated and also helped shape architectural and photographic preservation in the United States.

Maria Elizabeth Ausherman is author of Behind the Camera: American Women Photographers Who Shaped How We See the World. She is coauthor of Georgia O’Keeffe’s Hawai’i.

“Ausherman offers the fullest account available of the remarkable career of Frances Benjamin Johnston, one of America’s finest photographers and recorders of the national heritage. This book is exceptional for its assured handling of Johnston’s place as pioneer woman photographer and leader in the movement for architectural recording and preservation.”
—John Maynard, New York University