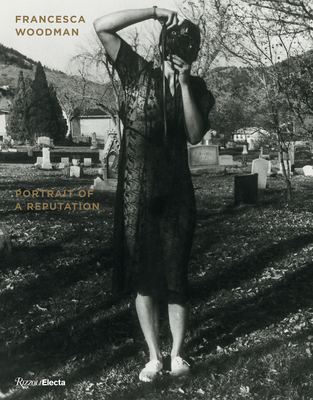 
Hard to Find
Never-before-published work by an iconic woman artist from the very start of her career.

Francesca Woodman took her first photograph at the age of the thirteen. From the time she was a teenager until her death at twenty-two, she produced a fascinating body of work exploring gender, representation, and sexuality by photographing her own body and those of her friends. Featuring approximately forty unique vintage prints, as well as notes, letters, postcards, and other ephemera related to the artist's burgeoning career, the volume, which accompanies an exhibition of the same name at MCA Denver, details both Woodman's creative and personal coming-of-age during the years 1975-1979.

Francesca Woodman: Portrait of a Reputation considers how the artist came into her creative voice and her singular approach to photography at a notably young age. Ranging from portraits in her studio/apartment in college to self-portraits in the bucolic Colorado landscape in which she was raised, these works capture Woodman's hallmark approach to art making: enigmatic, rigorous, and poignant. The volume also includes select photographs of Woodman taken by friend and RISD classmate George Lange during this period. Taken together, they present a nuanced and in-depth study of this formative period in the development of this groundbreaking artist.
Nora Burnett Abrams is the Ellen Bruss Curator and Director of Planning at MCA Denver.
Drew Sawyer is the Phillip Leonian and Edith Rosenbaum Leonian Curator of Photography at the Brooklyn Museum, New York.