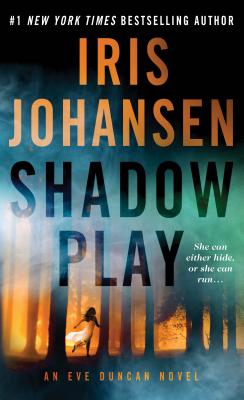 This is book number 19 in the Eve Duncan series.

IN A WORLD OF SHADOWS

Eve Duncan is the world’s most sought-after artist in the field of forensic sculpting. Dedicated to her work ever since her daughter Bonnie was taken and killed, Eve feels an acute sense of duty to those whose lives were lost and whose bones are now in her hands. When a California sheriff asks her for help with reconstructing the skull of a girl whose body has been buried for eight years, his fierce investment in the case puzzles her. But Eve experiences an immediate connection with the girl she calls Jenny, and vows to solve the murder and bring closure to the crime.

ONLY ONE WOMAN CAN SEE THE TRUTH

Discovering that Eve Duncan is on the case, the killer now knows he must eliminate any loose ends that could bring him down. Starting with those most remotely involved, he chooses his targets one by one until he gets to Jenny’s closest circle. Anyone who can reveal his identity will be silenced—and not even that will satisfy him. He wants something—someone—more: the girl who escaped. His ultimate prize...

“Johansen delivers ano-holds-barred mystery that maintains suspense throughout and boasts a cast of multifaceted characters.” –Publishers Weekly on Shadow Play

“Eve Duncan novels by Johansen are so good that, supernatural or not, readers and fans remain completely engaged.” –Suspense Magazine on Shadow Play

“The suspense on every page is enough to keep readers hooked in all night long.” –San Francisco Book Review on Shadow Play