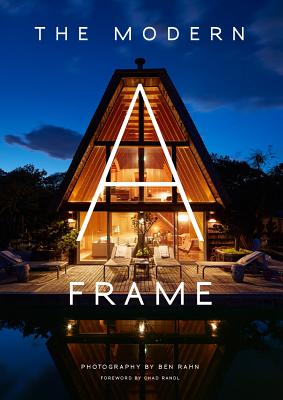 The A-Frame home surged in popularity in the 1950s, and has captured the public's imagination with its playfully modern, steep-sloping roofline ever since. The Modern A-Frame celebrates seventeen diverse accounts of these minimalists cabins reinvented for the twenty-first century. Nostalgic escapes, heritage homes, full-time simplicity, and artists at work categorize the A-frames whose engaging stories are shared. Whether fabricated from a 1960s kit or as a new build via retro inspiration, the variety of styles and homeowners in this photo-driven collection beautifully captures the romance of a classic structure, which beckons to travelers and homebuyers today, just as it did sixty years ago.

Perfect for the architectural enthusiast, midcentury-minded designer, or armchair traveller.

Ben Rahn has been photographing architecture and interiors for more than twenty years. He founded A-Frame Studio in 2003 out of a desire to combine his love of design with his keen photographic eye. His work has been recognized internationally and has appeared in publications such as Dwell, Wallpaper, Conde Naste Traveller, and more. He lives in Toronto, Canada