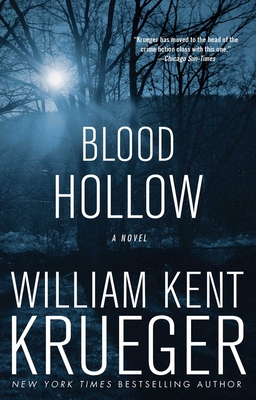 
Usually Ships in 1-5 Days
When a high school student’s body is found and her boyfriend goes missing, tough-as-nails former sheriff Cork O’Connor is forced into the center of an eerie mystery with a shocking twist in this “vivid and realistic” (Booklist), Anthony Award-winning novel from New York Times bestselling author William Kent Krueger.

When the body of a beautiful high school student is discovered on a hillside four months after her disappearance on New Year’s Eve, all evidence points to her boyfriend, local bad boy Solemn Winter Moon. Despite Solemn’s self-incriminating decision to go into hiding, Cork O’Connor isn’t about to hang the crime on a kid he’s convinced is innocent.

In an uphill battle to clear Solemn’s name, Cork encounters no shortage of adversity. Some—like bigotry and bureaucracy—he knows all too well. What Cork isn’t prepared for is the emergence of a long-held resentment from his own childhood. And when Solemn reappears, claiming to have seen a vision of Jesus Christ in Blood Hollow, the mystery becomes thornier than Cork could ever have anticipated. And that's when the miracles start happening.
William Kent Krueger is the New York Times bestselling author of The River We Remember, This Tender Land, Ordinary Grace (winner of the Edgar Award for best novel), and the original audio novella The Levee, as well as nineteen acclaimed books in the Cork O’Connor mystery series, including Lightning Strike and Fox Creek. He lives in the Twin Cities with his family. Learn more at WilliamKentKrueger.com.
"Krueger has moved to the head of the crime fiction class with this one."
— Chicago Sun-Times

“Writing as a naturalist, Krueger draws on Indian legends to communicate the mystery of the north woods; writing as a humanist, he looks to the spirits of the ancients to heal all wounds.”
— New York Times Book Review

"Heart-stopping.... Krueger is at the top of his form."
— St. Paul Pioneer Press

“[A] chilling story with a warm heart… Krueger skillfully crafts enough plot twists to keep everybody guessing through the bloody climax to the thrilling end.”
— Publishers Weekly