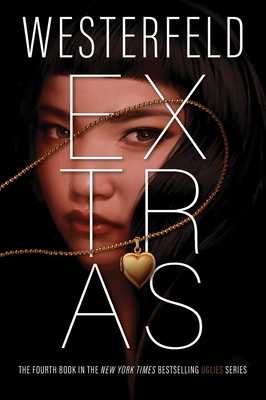 A few years after rebel Tally Youngblood takes down the Specials regime, a cultural renaissance sweeps the world. “Tech-heads” flaunt their latest gadgets, “kickers” spread gossip and trends, and “surge monkeys” are hooked on extreme plastic surgery. Popularity rules, and everyone craves fame.

Fifteen-year-old Aya Fuse is no exception. But Aya’s face rank is so low, she’s a total nobody. An extra. Her only chance at stardom is to kick a wild and unexpected story.

Then she stumbles upon a big secret. Aya knows she is on the cusp of celebrity. But the information she is about to disclose will change both her fate…and that of the brave new world.
Scott Westerfeld is the author of the Leviathan series, the first book of which was the winner of the 2010 Locus Award for Best Young Adult Fiction. His other novels include the New York Times bestseller Afterworlds, the worldwide bestselling Uglies series, The Last Days, Peeps, So Yesterday, and the Midnighters trilogy. Visit him at ScottWesterfeld.com or follow him on Twitter at @ScottWesterfeld.