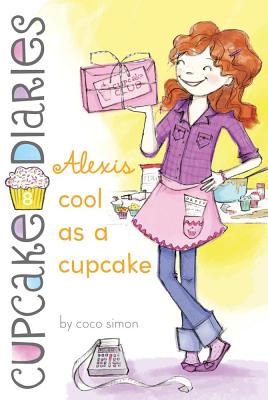 This is book number 8 in the Cupcake Diaries series.

The Cupcake Club learns that good leadership is a huge part of running a successful business—and friendship is the icing on the cake!

Alexis is the clear leader of the Cupcake Club: She’s organized, punctual, and happy to take on the stuff like scheduling, budgets, invoicing, and the things that the other girls don’t really want to do. In other words, the “unfun” things. But one day Alexis feels particularly unappreciated and informs the Cupcake Club that she is no longer in charge! After deadlines get missed and supplies aren’t bought, the girls realize they definitely need a leader….And Alexis realizes being the leader is kind of cool; as long as you know how to ask for help when you need it!
From cupcakes to ice cream and donuts! Having written over thirty books about middle school girls and cupcakes and ice cream, Coco Simon decided it was time for a change; so she’s switched her focus to her third favorite sweet treat: donuts! When she’s not daydreaming about yummy snacks, Coco edits children’s books and has written close to one hundred books for children, tweens, and young adults, which is a lot less than the number of cupcakes, ice cream cones, and donuts she’s eaten. She is the author of the Cupcake Diaries, the Sprinkle Sundays, and the Donut Dreams series.