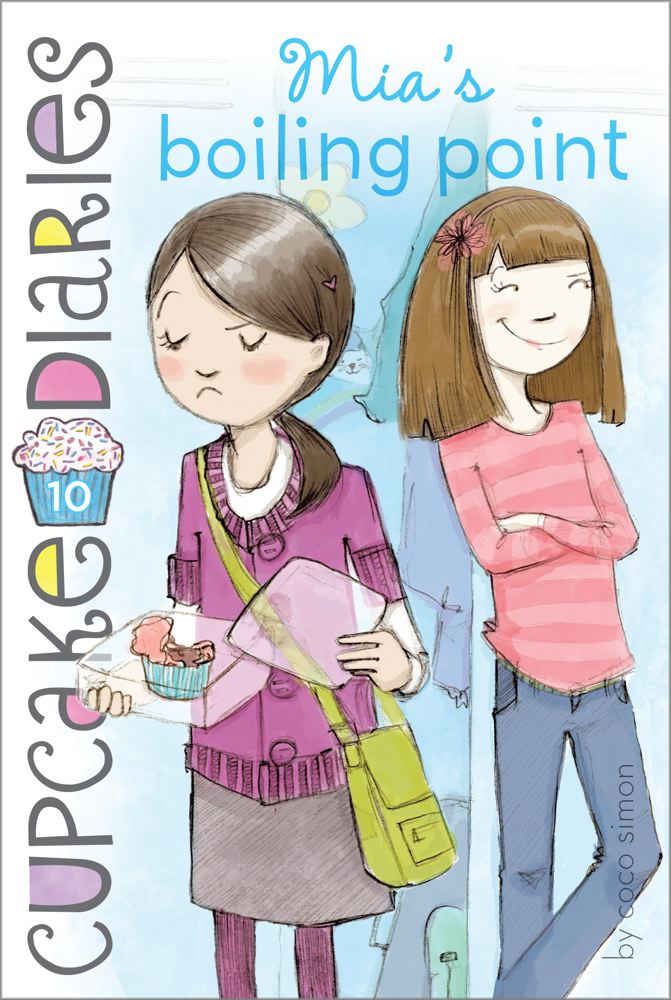 This is book number 10 in the Cupcake Diaries series.

The Cupcake Club questions its loyalties when Mia makes friends with a mean girl in disguise.

There’s a new girl in town, and Mia tries to take her under her wing. But Olivia Allen is not so nice; as a matter of fact, she might be even meaner than Sydney Whitman! Mia’s been saving for weeks to buy a new pair of shoes, but when Olivia asks to borrow money, Mia gives it to her—only to find out Olivia spends the cash on the exact same shoes Mia has been saving up for! Plus she makes fun of the other Cupcake girls and tells Mia she shouldn’t be friends with them. Will Mia see Olivia’s true colors before she wreaks havoc on the Cupcake Club?
From cupcakes to ice cream and donuts! Having written over thirty books about middle school girls and cupcakes and ice cream, Coco Simon decided it was time for a change; so she’s switched her focus to her third favorite sweet treat: donuts! When she’s not daydreaming about yummy snacks, Coco edits children’s books and has written close to one hundred books for children, tweens, and young adults, which is a lot less than the number of cupcakes, ice cream cones, and donuts she’s eaten. She is the author of the Cupcake Diaries, the Sprinkle Sundays, and the Donut Dreams series.