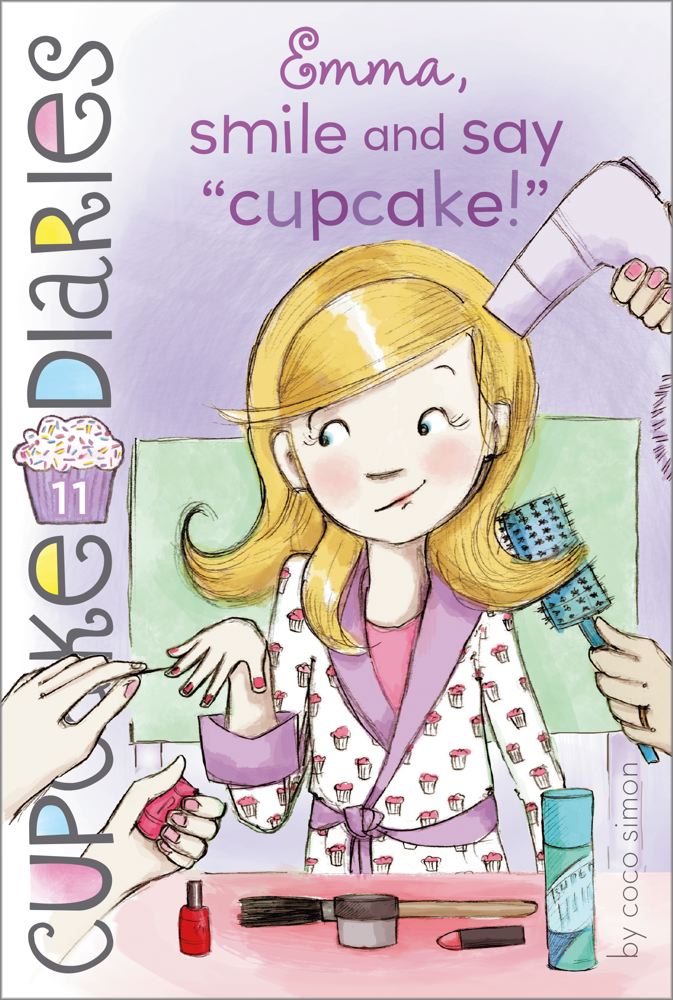 This is book number 11 in the Cupcake Diaries series.

Emma wants to be a model, but membership in the Cupcake Club might be all the fame she needs.

The Special Day wedding salon is running an ad in the local newspaper, and they want Emma to model in the advertisement. When a local department store also wants to use Emma as a model, she’s suddenly very much in demand! But after running all over New York City for auditions (and being told over and over she “just isn’t right”) Emma realizes being a model is a lot tougher than she thought. Does Emma really want to be America’s next top model, or is being a part of the Cupcake Club sweet enough?
From cupcakes to ice cream and donuts! Having written over thirty books about middle school girls and cupcakes and ice cream, Coco Simon decided it was time for a change; so she’s switched her focus to her third favorite sweet treat: donuts! When she’s not daydreaming about yummy snacks, Coco edits children’s books and has written close to one hundred books for children, tweens, and young adults, which is a lot less than the number of cupcakes, ice cream cones, and donuts she’s eaten. She is the author of the Cupcake Diaries, the Sprinkle Sundays, and the Donut Dreams series.