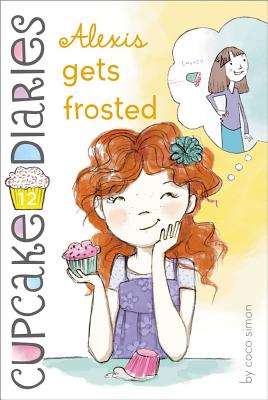 This is book number 12 in the Cupcake Diaries series.

Alexis has true friends in the Cupcake Club—which is a good thing, because everyone else is calling her names.

Everyone in the Cupcake Club was thrilled when mean girl Sydney moved away, but the new girl, Olivia, is even worse than Sydney was! Every time she passes Alexis in the hallway, she says something nasty to her. And if that wasn’t bad enough, she also has all the girls in the Best Friends Club making jokes about Alexis! Alexis has no idea why this is happening...until she remembers an offhand remark she made to a friend about Olivia. It wasn’t meant to be mean, but did Olivia take it the wrong way? If Alexis is willing to shoulder some blame, will Olivia call off the teasing campaign?
From cupcakes to ice cream and donuts! Having written over thirty books about middle school girls and cupcakes and ice cream, Coco Simon decided it was time for a change; so she’s switched her focus to her third favorite sweet treat: donuts! When she’s not daydreaming about yummy snacks, Coco edits children’s books and has written close to one hundred books for children, tweens, and young adults, which is a lot less than the number of cupcakes, ice cream cones, and donuts she’s eaten. She is the author of the Cupcake Diaries, the Sprinkle Sundays, and the Donut Dreams series.