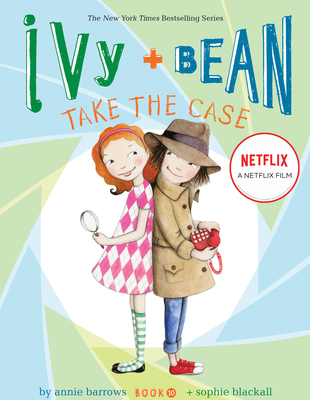 This is book number 10 in the Ivy & Bean series.

A Netflix Original Film Series
A New York Times Bestselling Series
Over 8 Million Copies Sold
Watch out, you diabolical masterminds! There's a new detective on Pancake Court: Bean! She laughs at danger! She solves even the most mysterious mysteries! What? There aren't any mysteries? Then Bean and her assistant, Ivy, will make some!
Annie Barrows is also the author of The Magic Half and its forthcoming sequel, Magic in the Mix. Her adult books include the bestselling The Guernsey Literary and Potato Peel Pie Society. She lives in Northern California.

Sophie Blackall has drawn Ivy and Bean over 700 times. She has illustrated 20 picture books and written a few too. She lives in Brooklyn, New York.