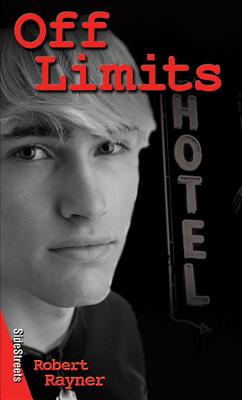 Fifteen-year-old Birmingham has a hot girlfriend who wants to do it anytime, anywhere. But to his (and his best friend's) surprise, it just leaves him feeling hollow, and he finds himself longing for something more. Then his school hires a substitute music teacher, and Birm feels an instant connection with her. They both share a deep love for music--and she seems to have feelings for him too. They begin meeting outside of school hours until, one day, Birmingham's girlfriend catches him in a lie. Jealous and angry, she tells anyone who will listen that he is having an affair with the teacher. Birmingham is forced to defend himself in a formal inquiry, while he wonders whether he's the one who has done something wrong.

ROBERT RAYNER lives in St. George, NB, where he teaches music, plays in a band, and writes. He has written many books for children and young adults, including the SideStreets novel Scab, which was named a Best Books for Kids and Teens by the Canadian Children's Book Centre. His book for younger children, Libby's Got the Beat, is a finalist for the 2012 Hackmatack Children's Choice Award.