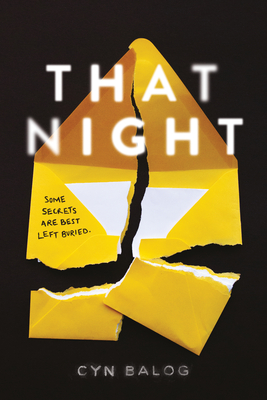 The perfect teen thriller for readers of One of Us Is Lying and The Darkest Corners!

Some secrets are best left buried...

It's been a year since Hailey's boyfriend Declan died, and Hailey is still far from okay. She's lost almost all her friends, her grades are falling, and she pretty much lives wrapped up in bed. Everyone says Declan's death was a suicide—after all, his father's gun was found near his body—but Hailey knows that the happy, confident Declan she knew would never do that. She's positive. The problem is, she can't remember anything from the day he died.

Kane, Declan's stepbrother and Hailey's best friend, thinks that everyone should move on—why relive the pain? But when Hailey sees a strange picture with a threatening message amongst Declan's belongings, she's convinced she has proof that there's more to the story. Hailey starts searching for answers and throws herself into memories her subconscious tried to make her forget…and the deeper she looks, the more she remembers.

But the truth she uncovers will be more dangerous and more devastating than she could have ever imagined.

CYN BALOG is is the author of many young adult novels, including Alone, which received a starred review from VOYA Magazine. She lives outside Allentown, Pennsylvania with her husband and daughters. Visit her online at www.cynbalog.com.

"The book gives full weight to the complexities and consequences of teenage sex and obsessive relationships, giving readers much food for thought." — Bulletin for the Center of Children’s Books