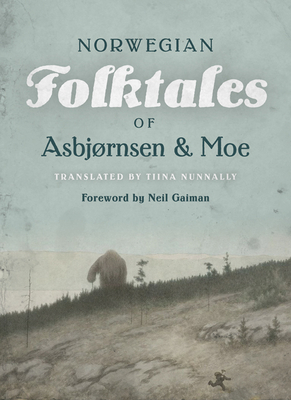 The Complete and Original Norwegian Folktales of Asbjørnsen and Moe (Hardcover)


Usually Ships in 1-5 Days
A new, definitive English translation of the celebrated story collection regarded as a landmark of Norwegian literature and culture


The extraordinary folktales collected by Peter Christen Asbjørnsen and Jørgen Moe began appearing in Norway in 1841. Over the next two decades the publication of subsequent editions under the title Norske folkeeventyr made the names Asbjørnsen and Moe synonymous with Norwegian storytelling traditions. Tiina Nunnally’s vivid translation of their monumental collection is the first new English translation in more than 150 years—and the first ever to include all sixty original tales.

Magic and myth inhabit these pages in figures both familiar and strange. Giant trolls and talking animals are everywhere. The winds take human form. A one-eyed old woman might seem reminiscent of the Norse god Odin. We meet sly aunts, resourceful princesses, and devious robbers. The clever and fearless boy Ash Lad often takes center stage as he ingeniously breaks spells and defeats enemies to win half the kingdom. These stories, set in Norway’s majestic landscape of towering mountains and dense forests, are filled with humor, mischief, and sometimes surprisingly cruel twists of fate. All are rendered in the deceptively simple narrative style perfected by Asbjørnsen and Moe—now translated into an English that is as finely tuned to the modern ear as it is true to the original Norwegian.

Included here—for the very first time in English—are Asbjørnsen and Moe’s Forewords and Introductions to the early Norwegian editions of the tales. Asbjørnsen gives us an intriguing glimpse into the actual collection process and describes how the stories were initially received, both in Norway and abroad. Equally fascinating are Moe’s views on how central characters might be interpreted and his notes on the regions where each story was originally collected. Nunnally’s informative Translator’s Note places the tales in a biographical, historical, and literary context for the twenty-first century.

The Norwegian folktales of Asbjørnsen and Moe are timeless stories that will entertain, startle, and enthrall readers of all ages.

Peter Christen Asbjørnsen (1812–1885) and Jørgen Moe (1813–1882) were energetic writers and researchers best known for their monumental collection Norske folkeeventyr (Norwegian Folktales), which introduced the lively traditions of Norwegian storytelling to readers around the world.

Tiina Nunnally is an award-winning translator of Norwegian, Danish, and Swedish literature. Her many translations include Sigrid Undset’s first novel, Marta Oulie; the Minnesota Trilogy by Vidar Sundstøl; and Ola Larsmo’s Swede Hollow, all published by the University of Minnesota Press. She translated fairy tales by Hans Christian Andersen, and her translation of Kristin Lavransdatter: The Cross by Sigrid Undset won the PEN/Book-of-the-Month Club Translation Prize. In 2013 she was appointed Knight of the Royal Norwegian Order of Merit for her efforts on behalf of Norwegian literature in the United States.

Neil Gaiman is a New York Times best-selling author of award-winning titles including Norse Mythology, American Gods, The Graveyard Book, Good Omens, The View from the Cheap Seats, and the groundbreaking Sandman graphic novels. He is a prolific creator of works of prose, poetry, film, journalism, comics, song lyrics, and drama. Several of his titles have been adapted for television, including the critically acclaimed, Emmy-nominated adaptation of American Gods and his miniseries of Good Omens, based on the novel he co-wrote with the late Sir Terry Pratchett. Originally from England, he now lives in the United States.

"Like the Grimms before them, Peter Christen Asbjørnsen and Jørgen Moe applied countless fine calibrations to make their stories, paradoxically, a perfect capture of folk traditions. Tiina Nunnally set out to make their tales sing in English translation, and presto! Trolls, griffins, Ash Lads, and all the wonders of the Norwegian imagination spring to life with renewed cultural energy and élan."—Maria Tatar, editor of The Annotated Brothers Grimm*

"Peter Christen Asbjørnsen and Jørgen Moe scoured the Norwegian countryside to collect these classic folktales full of monstrous trolls, cunning wives, stupid husbands, and the Ash Lad, the poor boy who wins the princess and half of the kingdom. Tiina Nunnally has recreated this entire world in vivid color for English readers who are in for a real adventure."—Vidar Sundstøl, author of The Land of Dreams

"Like apparitions in a dream, familiar figures and motifs from fairy tale and folklore shift and change into striking and peculiar forms in this founding collection of Scandinavian fantasy: trickster heroines devise cunning escapes and an Ash Lad triumphs over trolls lurking everywhere in the mountains and the forests, malignant but also bumbling. The stories open horizons of enjoyable impossibility and are filled with the humor of resistance and a relish for the absurd. Throughout, Tiina Nunnally’s new, pared down renderings capture limpidly that special tone of affectless matter-of-factness that readers and listeners thrill to, laughing and shivering at the same time."—Marina Warner, author of Fairy Tale: A Very Short Introduction*

"In a translation as crystalline and pellucid as the waters of the fjords, Tiina Nunnally takes the stories that Asbjørnsen and Moe collected from the people of rural Norway, translates them, and gives them to us afresh. Each story feels honed, as if it were recently collected from a storyteller who knew how to tell it and who had, in turn, heard it from someone who knew how to tell it."—Neil Gaiman, from the Foreword

"Norway’s wonderfully weird traditional tales are as much a delight to the ear as they are to the imagination."—Wall Street Journal

"Following the tales are forewords and notes to several editions of Norske Folkeeventyr. Of these, Moe’s introduction to the second edition is outstanding. He argues for the long continuity of Norwegian tradition by pointing out various striking motifs from medieval literature (the Eddas and sagas) that appear in these nineteenth-century folktales, and then some other folktale motifs that have gone through a Christian transformation."—Journal of Folklore Research

"The retellings are lively and clearly work to retain the flavor of the originals. A valuable collection for scholars and readers alike."—The Horn Book

"The kind of book you can pick up and put down over several weeks and always end up smiling."—UP Book Review