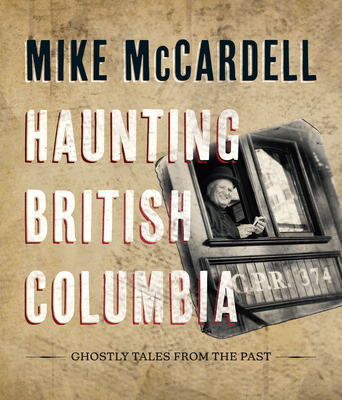 Haunting British Columbia: Ghostly Tales from the Past (Hardcover)

Reprising his 2013 bestseller Haunting Vancouver, Mike McCardell summons the ghost of real-life pioneer Jock Linn to provide hair-raising and humorous versions of what really happened during some of the formative events that shaped British Columbia. In Haunting British Columbia, McCardell's ghostly narrator explains how Victoria became BC's capital (spoiler, it's all because Governor James Douglas couldn't stand waiting for a ferry); how Gassy Jack gave birth to Vancouver by running a beloved saloon, and more importantly how gassy he really was; and much, much more.

As the thousands who follow McCardell's long-running human-interest features on the evening news know, he has a fascination with the provincial past as well as an uncanny ability to unearth captivating and forgotten stories. Richly illustrated with archival photos and ghostly doodles, Haunting British Columbia is as fun to read as it is a revealing tour of what really happened in those bygone days.