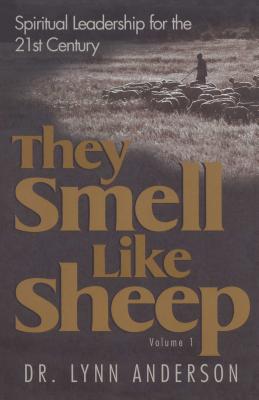 
Usually Ships in 1-5 Days
Exploring the biblical models of shepherding, mentoring, and equipping, They Smell Like Sheep unlocks the secrets of leadership for anyone.

While the term "shepherd" produces warm images of love, care, and tenderness, it also describes a form of leadership that is perilously protective, dangerous, dirty, and smelly.

"Shepherd" is something that every follower of Christ, the Good Shepherd, is called to become.

Lynn Anderson, in this important book, leads us backwards in time to discover and identify the biblical leader for the future needs of the Christian community. Anderson's deep dig for truth will concern, convict, and confront us about where leadership has been, and will set a new standard for where the future leader must go.
Lynn Anderson has been in the ministry for over thirty-five years and currently serves as president of Hope Network, a ministry dedicated to coaching, mentoring, and equipping spiritual leaders for the twenty-first century. He received his doctorate from Abilene Christian University in 1990.

Anderson's lifelong career of ministry has involved speaking nationwide to thousands of audiences and authoring eight books -- including The Shepherd's Song; Navigating the Winds of Change; Heaven Came Down; They Smell like Sheep, Volume 1; and If I Really Believe, Why Do I Have These Doubts?

He and his wife, Carolyn, live in Dallas. They are the parents of four grown children and the grandparents of eight wonderful grandchildren.