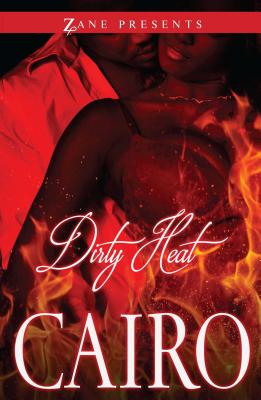 
Usually Ships in 1-5 Days
Six steamy tales of deceit in the sheets that delve into the scandalous world of infidelity, where there is no end to sexual imagination and forbidden lust.

Every cheater has a hidden desire. Some love it dirty. Others love it hot. From one-night stands to weekend flings to lustful online affairs, Dirty Heat serves up six naughty tales of deceit in the sheets—featuring men and women who cheat:

“P-Spot Under Siege”: Kendall Evans has a fetish he isn’t comfortable sharing with his wife and he decides to seek out women willing to indulge his deep, darkest secret.

“All Three Holes”: Buxom beauty Lolita Singleton is comfortable in the skin she’s in. But her boyfriend of five years can’t seem to ride her curves or handle the heat. What’s a girl to do? Simple. She has a weekend rendezvous with three hunks that can.

“Legs Wide Open”: Markisha Swift throws caution to the wind and is swept up in an office romance.

“Dick for Hire”: Desperate times often call for desperate measures—thirty-one-year-old Levar Green quickly finds himself sucked into a world of online ads and taboo sex, slinging wood to pay the bills.
Cairo is the author of more than twenty books, including The Pleasure Zone, Slippery When Wet, The Stud Palace, Kitty-Kitty, Bang-Bang, Daddy Long Stroke, The Man Handler, The Kat Trap, and the Deep Throat Diva series. His travels to Egypt inspired his pen name.