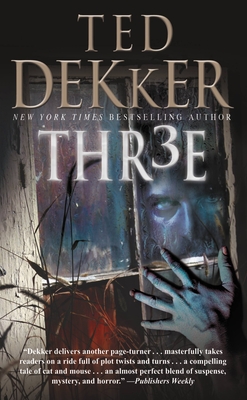 Out of Print
By all accounts seminary student Kevin Parsins is leading a good, if not virtuous, life. But like all people, Kevin has his secrets. And someone wants them revealed.

While driving home from a day at graduate school, Kevin receives a call from a mysterious stranger who calls himself Slater. Slater demands Kevin confess his sin in the next three minutes or the vehicle he is manning will be blown to pieces.

Thus starts a harrowing chain of events. After narrowly escaping his exploding car, Kevin continues to receive phone calls from Slater, each with another riddle, another consequence, and another three minutes to confess his sin.

The problem is Kevin is unsure of what that sin might be. And Slater's cycle won't stop until he figures it out.
Ted Dekker is a New York Times bestselling author of over thirty novels. Heralded as a "master of suspense" by Library Journal, Dekker has sold millions worldwide, establishing himself as one of the most widely recognized author brands. Dekker was born to missionaries and grew up among cannibals of Indonesia, and his peculiar upbringing gives him a unique perspective outside the cultural bubble, allowing him the freedom to share provocative insights in his fiction. He resides in Austin, TX, with his wife and children. You can find him at Teddekker.com.