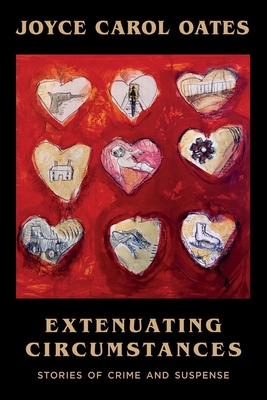 Two hitmen in a depressed rust belt town struggle with a job gone wrong. A girl witnesses a horrifying accident and carries it with her for the rest of her life. Medical students bring a severed foot to a college party. Five-time Pulitzer Prize finalist Joyce Carol Oates has made a career of exploring the forbidden corners of human experience, and the stories collected here, spanning her first three decades as a writer, are among her most unsettling and unforgettable works to date.

Originally published in long out-of-print volumes, these tales have not appeared in any form this century—until now; formally fresh and endlessly experimental, they show a writer boldly engaging with disturbing truths and terrifying possibilities, and deconstructing the tropes and expectations of traditional prose writing as she does so. But beyond their stylistic ingenuity, these are creepy, suspenseful stories that cut straight to the bone; their darkness will linger long after the final page is turned.

A must-read for long-time fans of Joyce Carol Oates and an excellent introduction for the uninitiated, the twenty-two tales included in Extenuating Circumstances exemplify the author’s idiosyncratic spookiness, “visceral, psychologically involving, and socially astute" (Booklist).

Joyce Carol Oates is the author of more than 70 books, including novels, short story collections, poetry volumes, plays, essays, and criticism, including the national bestsellers We Were the Mulvaneys and Blonde. Among her many honors are the PEN/Malamud Award for Excellence in Short Fiction and the National Book Award. Oates is the Roger S. Berlind Distinguished Professor of the Humanities at Princeton University, and has been a member of the American Academy of Arts and Letters since 1978.
Nothing is as it first
appears to be, and nothing can be taken for granted, in each of the 24 vividly
told stories in this outstanding collection from Oates... Spanning the first 30
years of Oates’s writing career, these stories aren’t for the faint of heart,
but they’re a joy for anyone who appreciates the work of a master storyteller.
— Publishers Weekly STARRED REVIEW

Joyce Carol Oates’ tales are unsettling, disquieting, some endings left hanging, leaving readers with questions that implicate more horror yet to come to the normal-seeming characters who inhabit them.
— Richard E. Cytowic - NY Journal of Books

Joyce Carol Oates is an American institution. These stories have a little of everything and do such a fine job representing her style of writing, which can be best described as surprising, unsettling, disturbing, unique and never predictable.
— Ray Palen - Book Reporter