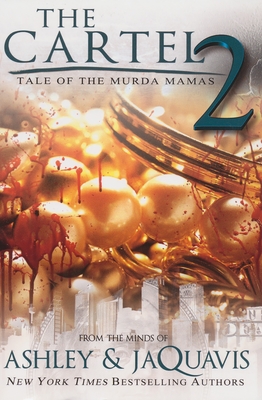 The Cartel 2: Tale of the Murda Mamas (Paperback)

This is book number 2 in the The Cartel series.

Ashley & JaQuavis hit the street lit scene at the age of 17 when they were discovered by Carl Weber. Their first novel, Dirty Money, was an instant hit, putting them on the road to literary success. They have published more than twenty novels as a duo, including the New York Times bestselling Cartel series. They are pursuing movie and television projects to bring some of their blockbuster books to the big screen. Now married, the pair still lives in Flint, Michigan, the city that inspired many of their gritty urban tales.