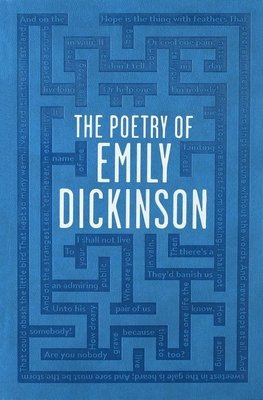 The Poetry of Emily Dickinson is a collection of pieces by 19th-century American poet Emily Dickinson, who insisted that her life of isolation gave her an introspective and deep connection with the world. As a result, her work parallels her life—misunderstood in its time, but full of depth and imagination, and covering such universal themes as nature, art, friendship, love, society, mortality, and more. During Dickinson’s lifetime, only seven of her poems were published, but after her death, her prolific writings were discovered and shared. With this volume, readers can dive into the now widely respected poetry of Emily Dickinson.
Emily Dickinson (1830–1886) was an American poet. Born in Amherst, Massachusetts, to a successful family with strong community ties, she lived a mostly introverted and reclusive life, but today is considered to be one of the most influential poets in American history.