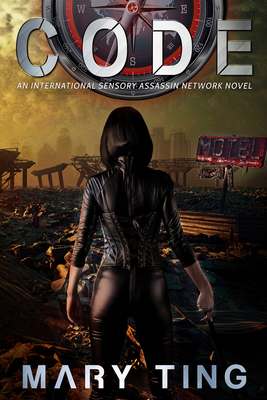 This is book number 4 in the International Sensory Assassin Network series.

Behind enemy lines, new soldiers will emerge, and unexpected heroes will rise. Ava is a prisoner. And she is not the only rebel held hostage at ISAN's secret compound. As she plans an escape, the lives of the rebel prisoners are in her hands, along with those she thought were dead. Rhett and his team desperately search for Ava while one of the Remnant Council joins forces with another network looking for the creator of the Helix serum. And time is running out. Mr. Novak has been secretly creating an army called CODE, and what he plans for Ava will mean a permanent end to the rebels—and her.
Born in Seoul, Korea, Mary Ting is a Benjamin Franklin and Silver Falchion Award-Winning author. Her storytelling talents have earned a devoted legion of fans as well as garnered critical praise. She is a diverse voice who writes diverse characters, often dealing with a catastrophic world. Mary retired from teaching to become a full-time author and has had the privilege of touring with the Magic Johnson Foundation to promote literacy and her children’s chapter book: No Bullies Allowed. Mary resides in Southern California.