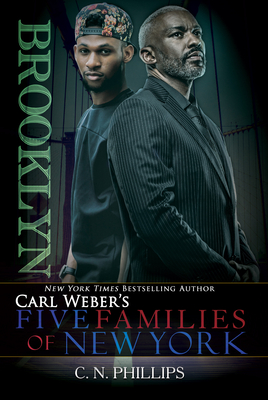 
Usually Ships in 1-5 Days
After his father's murder, Boogie is thrust into taking over the family business and hellbent on revenge, no matter the cost...

While most young people are just getting their footing in life, 24-year-old Bryshon "Boogie" Tolliver is already being groomed to be a boss by his father, Barry Tolliver. At first, he's not so sure he wants to take his father's place in the family business. He has dreams of being the most prominent chef in New York. However, things change when Barry is murdered in cold blood and everything he built is left at Boogie's feet. Gone are those chef dreams, replaced with a new resolve to prove himself worthy of upholding his father's legacy.

Boogie takes his rightful place at the table of the Five Families of New York and is quickly taken under the wing of Caesar, the head of the organization. Known as The Godfather's Godfather, Caesar shows Boogie what it takes to be a boss.

The deeper in Boogie gets, the more obsessed he becomes with finding his father's murderer. When all signs point to the person Boogie knows is untouchable, he'll do anything to even the score, even if it costs him his seat at the table.
C. N. Phillips was born and raised in Omaha, Nebraska. She fell in love with books at the age of eight but kept her writing a secret. It wasn't until she became a single mother that she decided to pursue her dream of becoming an author.