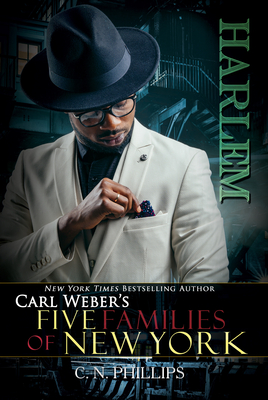 
Usually Ships in 1-5 Days
Building on the success of the Kingpins series, Carl Weber's Five Families series features some of Urban Books' most popular authors writing about crime in the boroughs of New York City, this time in Harlem.

Through the darkest tunnel comes the light, but for Caesar King, there is nothing but more darkness on the other side.
After the failed attempt on his life, he is afraid that the Pact of the Five Families is no more. He can trust nobody. Whoever murdered Barry is now aiming for Caesar's crown, and the only way to flush them out and figure out who's responsible is to go to war...with everybody.
C. N. Phillips was born and raised in Omaha, Nebraska. She fell in love with books at the age of eight but kept her writing a secret. It wasn't until she became a single mother that she decided to pursue her dream of becoming an author.