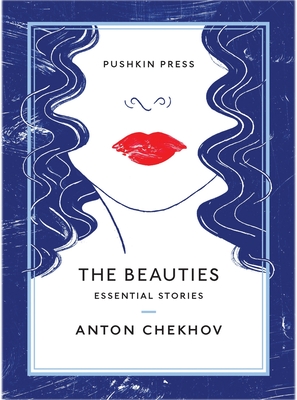 Without doubt one of the greatest observers of human nature in all its messy complexity, Chekhov’s short stories are exquisite masterpieces in miniature. His work ranged from the light-hearted comic tales of his early years to some of the most achingly profound stories ever composed, and this variety of tone and temper is collected in this essential new collection.

Chekhov wrote stories throughout his writing career, and this selection has been chosen from amongst his life’s work, including many of his greatest works, alongside unfamiliar discoveries, all newly translated. From the masterpiece of minimalism “The Beauties”, to the beloved classic “The Lady with the Little Dog”, and from “Rothschild's Fiddle” to bitterly funny “A Living Chronicle”, the stories collected here are the essential collection of Chekhov’s greatest tales.

Translator Nicolas Pasternak Slater is the nephew of the great Russian novelist and translator Boris Pasternak. During his National Service he qualified as a Russian interpreter, then read Russian and German at Oxford. After a period working on computer translation in Milan, he changed direction, qualified as a doctor and worked as a consultant haematologist at St Thomas's Hospital, London. In 1998 he took early retirement from medical practice, and has been translating Russian literature ever since. His literary translations include Boris Pasternak's autobiographical essay People and Propositions, Lermontov's A Hero of Our Time, Pushkin's A Journey to Arzrum and Tolstoy's The Death of Ivan Ilyich and other stories.
“This beautifully produced selection of the stories from Pushkin Press (in a new translation by Nicolas Pasternak Slater) is an ideal way to discover Chekhov.” —The Times (UK)

“Mysterious and mesmerizing, these stories stay enshrined in the memory.” —The Daily Mail

“The uncontestable father of the modern short story . . . his stories are some of the best that have ever been written.” —The Guardian

“The language is subtle and lovely, full of a regretful tenderness.” —Sunday Express

“Chekhov's genius lies in the way he manages to convey with such apparent effortlessness a profound sense of the mystery of beauty, and of the sadness of those who observe and think . . . a masterpiece of minimalism” —Phillip Pullman

“The greatest short story writer who has ever lived” —Raymond Carver

“In Chekhov literature seems to break its wand like Prospero, renouncing the magic of artifice, ceremony and idealization, and facing us, for the first time, with a reflection of ourselves in our unadorned ordinariness as well as our unfathomable strangeness.” —James Ladsun