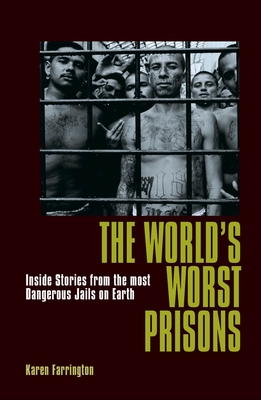 The World's Worst Prisons: Inside Stories from the Most Dangerous Jails on Earth (Paperback)

Incarceration has a long and inglorious history, from dungeons in the bowels of castles to oppressive penal colonies in Australia. Karen Farrington brings this history up to the 21st century, exploring some of the world's worst prisons, from Alcatraz to Devil's Island, and the unending battles that rage between convicts and warders. Inside the prison walls, gangs rule, guards devise sadistic punishments and newcomers suffer abuse at the hands of experienced tormentors.

The World's Worst Prisons is packed with shocking accounts of prison breakouts, drug smuggling and life on death row. It also explores the politics of incarceration, including the harsh labor camps of North Korea and controversies surrounding private management of prisons. With prison populations rising each year, questions surrounding incarceration are all the more pertinent. Whether focusing on punishment, containment or rehabilitation, the prison system is imperfect and The World's Worst Prisons examines this dysfunction through some of the most dangerous jails on earth.
Karen Farrington is a proven writer and former Fleet Street journalist who has previously published two books on conflict.