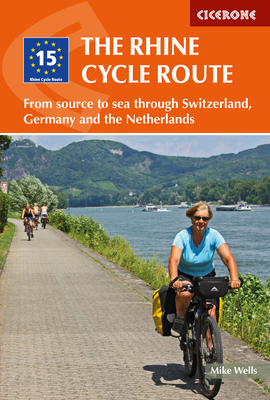 The Rhine Cycle Route: From Source to Sea Through Switzerland, Germany and the Netherlands (Paperback)

A stage-by-stage description of the Rhine Cycle Route, from its source high in the Swiss Alps to its mouth at the Netherlands' North Sea coast. You will cycle through many cities, towns and villages in six countries and pass many interesting historic sites. The cycling is easy and mostly downhill as you ride through a range of varied scenery.

Mike Wells has been walking long-distance footpaths for 25 years, and a keen cyclist for 20. He has walked the major British paths, the GR5 from Lake Geneva to the Mediterranean, and explored the Dolomites Alta Via routes in Italy. He has also walked in Poland, Slovakia, Slovenia, Norway and Chilean Patagonia. Starting with UK cycling routes, he soon moved on to long-distance routes in the rest of Europe and beyond, including a circumnavigation of Iceland and a ride across Cuba.