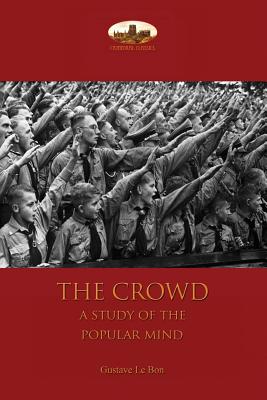 The Crowd: a study of the popular mind (Paperback)

Gustave Le Bon's seminal work on crowd psychology has made a huge impact on society since it was first written in 1896. Le Bon shows how a mass of people resembles a simple multi-celled organism, and how rationality and reasoning rapidly decline to the lowest common multiple. In many ways, a crowd's consciousness resembles the Unconscious mind of psychoanalysis. Crowds 'think' in images, each 'cell' is freed from personal responsibility and all things appear possible. This is the origin of the multitude's often irrational beliefs and their ability to perform acts of unbelievable heroism or disgusting brutality.

Successful leaders, such as Alexander, Joan of Arc, Napoleon and Hitler, have an instinctive but sure knowledge of crowd psychology; they coin phrases and conjure images that resonate, pushing the masses forward with an unstoppable momentum that can change world history.

To read this book is to realise its deep relevance to our own time. The pattern repeats itself again and again. Societies age, their certainties and traditions falter, and new thoughts, new visions - many impossibly utopian - are avidly seized upon by the 'single-brained crowd' who drive the dream via sublime bravery and degrading bestiality towards a new, but always temporary, equilibrium.