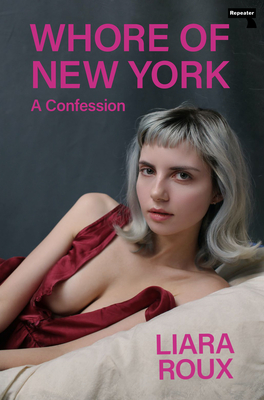 
Usually Ships in 1-5 Days
Why would someone ever voluntarily become a sex worker? Liara Roux writes about the salacious details leading up to her decision to become a career sex worker, and the unexpected truths she learned while working in the industry.

Liara Roux is accustomed to being mislabelled and misunderstood.

As a child, Liara’s inquisitive, instinctive, and rebellious nature was frequently problematised in a world designed around the requirements of their neurotypical, cis, heterosexual male colleagues.  Coming of age in an oppressively restrictive home, they shuffled tarot and explored self portraiture to rationalise the injustice of chronic pain, toxic lovers, and the cruel silence of divinity.