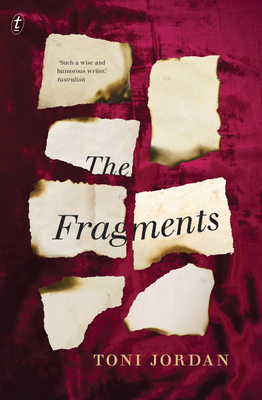 Inga Karlson died in a fire in New York in the 1930s, leaving behind three things: a phenomenally successful first novel, the scorched fragments of a second book--and a literary mystery that has captivated generations of readers.

Nearly fifty years later, Brisbane bookseller Caddie Walker is waiting in line to see a Karlson exhibition, featuring the famous fragments. A charismatic older woman quotes a phrase from the Karlson fragments that Caddie knows does not exist. Caddie is jolted from her sleepy life in 1980s Brisbane, and driven to uncover the truth about this fascinating literary mystery.