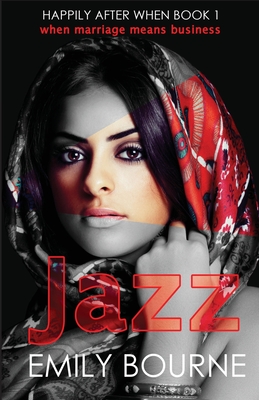 Jazz Abadi has it all. She is an heiress, lives in a luxury mansion, and has the biggest social media following in Maiden City. There's just one thing missing: the CEO title of her father's fitness company, Ultimate ME.

As her father's health declines, naming his successor becomes paramount. But there's one problem. On paper, Ethan Roth--her father's dashing and intelligent mentee--is the better candidate. He is a manipulation machine, but he didn't count on one thing: Jazz is no sucker.

When Ethan proposes Jazz marry him as part of his business plan, she laughs in his face. Jazz runs from the situation, needing time to build a counter-attack. When she finds herself in a drop-in centre for vulnerable people, she is simultaneously invisible and obvious. As she decides to leave, Adrian steals her attention.

Adrian Cassidy is like no man she's ever met. He's distrustful of corporations and the wealthy, and treats just another person in the shelter. Jazz has never had a crush, she's always been adamant that work comes first, but will Adrian be the distraction her heart truly needs?

If Jazz gives into her heart, what kind of person will she become? Will losing focus give Ethan clues to find her? And what will happen if Adrian finds out who she really is?

The Happily After When series is inspired by fairytales. Each book is based on a different fairytale, and Jazz is a modern transformation of Aladdin. The Happily After When series looks at the dangerous lessons fairytales teach young people, including: a woman waiting for a man to rescue her, or young men kissing women without their permission. These books deal with young adult social issues, including: class differences, bullying and racism, lgbt issues, runaways, mental health issues, and violence. They are also contemporary romance stories about beating the odds, with a wholesomeness in an unsettling and dark world.