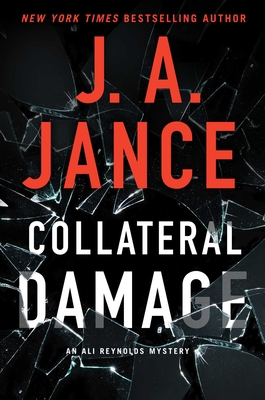 This is book number 17 in the Ali Reynolds Series series.

In the next thrilling installment in J.A. Jance’s New York Times bestselling series, Ali Reynolds and High Noon Enterprises faces the dangerous consequences of one man’s desperate search for revenge.

After spending twenty years behind bars, Frank Muñoz, a disgraced former cop, is out on parole and focused on just one thing: revenge. The wife who abandoned him after his arrest; the mistress who ratted him out for abetting a money-laundering scheme; the detectives who presided over his case all those years ago—Frank has bided his time and pulled many strings…placing targets on each of their backs.

For Ali Reynolds, the first Christmas without her father is riddled with grief and uncertainty. And with her husband and founding partner of High Noon Enterprises, B. Simpson, anxiously preoccupied by an upcoming New Year’s trip to London, she is ready for a break. But when Stu Ramey barges into her home with grave news about a serious—though suspicious—accident on the highway to Phoenix involving the car in which B. was riding, things take a turn for the worse.

At the hospital, a groggy, post-op B. insists that Ali take his place at a ransomware conference in London, as troubles brimming around High Noon come to light. But questions remain: Who would go to such lengths to remove the tech company from the picture? And how can Ali be sure she and the rest of the team aren’t also in danger?

In a race against time, Ali must assemble the pieces of a puzzle, woven with vendettas she never could have imagined, all before she and the people she loves become collateral damage.
J.A. Jance is the New York Times bestselling author of the Ali Reynolds series, the J.P. Beaumont series, and the Joanna Brady series, as well as five Southwestern thrillers featuring the Walker family. Born in South Dakota and raised in Bisbee, Arizona, Jance lives with her husband in Seattle, Washington. Visit her online at JAJance.com.
“A fast-paced thriller… a tale of vigilante vengeance on overdrive.” --Library Journal