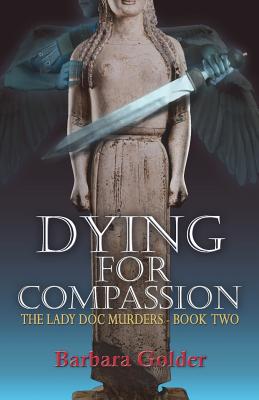 Finalist 2018 CALA Awards "It is rare indeed to find an author who not only tells a good story but writes with real literary flair. Barbara Golder is such an author. In this latest offering, we find the plot twists and twisted characters that one would expect in a good murder mystery but also the fine character development and deep insight into the human condition which separates the truly great mysteries from the run of the mill." Joseph Pearce, Author of The Quest for Shakespeare, The Unmasking of Oscar Wilde, and Tolkien: Man & Myth

What happens to a new love when an old one appears to claim first rights to a man and a marriage? Just as Telluride Medical Examiner Jane Wallace and Irish writer Eoin Conner take their first steps toward romance, Eoin's beautiful wife Fiona arrives to resume her long-abandoned life with Eoin. When Eoin discovers that Fiona was responsible for the denial of their annulment, he returns to Ireland to find the proof to free him to marry Jane. After Fiona is found dead in her hotel room, Eoin is indicted for her murder. Unwilling to leave the matter solely in the hands of Irish authorities, Jane goes to Ireland to follow the evidence wherever it leads. She leaves behind a tangle of problems in Telluride, where it is left to her trusted friend Father Matt to unravel the mysteries at home, unaware that they hold the key to Jane's mystery abroad.

Dr. Barbara Golder is a late literary bloomer. Although she's always loved books (and rivals Jane in the 3-deep-on-the-shelf sweepstakes), her paying career gravitated to medicine and law. She has served as a hospital pathologist, forensic pathologist, and laboratory director. Her work in forensic pathology prompted her to get a law degree, which she put to good use as a malpractice attorney and in a boutique practice of medical law, which allowed her to be a stay-at-home mom when her children were young. She has also tried her hand at medical politics, serving as an officer in her state medical association; lobbying at a state and national level on medical issues, writing and lecturing for hire, including a memorable gig teaching nutritionists about the joys of chocolate for 8 straight hours, teaching middle and high school science, and, most recently, working for a large disability insurance company from which she is now retired. Her writing career began when she authored a handbook of forensic medicine for the local medical examiner office in 1984. Over the years she wrote extensively on law and medicine and lectured on medicolegal topics. On a lark, she entered a contest sponsored by the Telluride Times Journal and ended up with a regular humor column that memorialized the vagaries of second-home living on the Western Slope. She currently lives on Lookout Mountain, Tennessee with two dogs, two cats, her husband of 42 years and a regular stream of visitors.