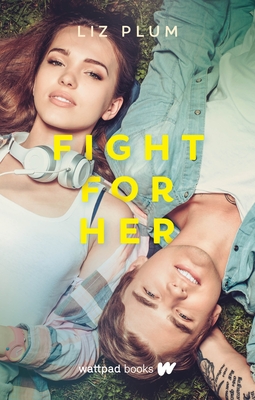 Fight For Her (Paperback)

Her life seems perfect. His is tearing apart at the seams.

From the outside, being the heir to a million-dollar auto repair company, the girlfriend to the school’s quarterback, and admired by her peers, means Scarlet Tucker’s life seems perfect. But after the tragic death of her brother, every day is a struggle to keep up appearances—especially with her boyfriend, who cares more about his reputation than about Scarlet’s feelings.

When Scarlet accidentally slams into her school’s resident bad-boy-slash-outcast, Elijah Black, in the hallway, he shakes up more than her notebooks. Scarlet’s heard rumors about Elijah, but she’s drawn to him because they share the same sorrow—they’ve both lost a brother. As they grow closer, Elijah lets Scarlet into his hidden life of underground fighting, where long-buried secrets that impact both of their lives unravel. Before long, Elijah and Scarlet are in too deep to turn back, and the only way they’ll survive is to stick together.

Liz Plum is a young author from Hanover, Virginia, pursuing a bachelor’s degree in marketing. Her stories on Wattpad have grossed over forty million reads and when she’s not studying or watching romantic comedies for story inspiration, you can find Liz exploring every hiking spot within driving distance, bursting with Hokie pride at sporting events, or scribbling down ideas for her next novel. Connect with Liz on Instagram and on Wattpad at @EverlarkCatoniss.