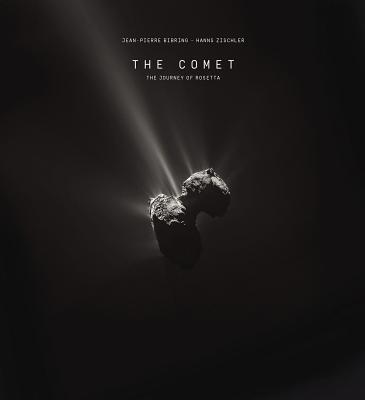 The Comet: The Journey of Rosetta (Hardcover)

A gorgeously printed portrait of a comet

In 2004, following more than ten years of research, the European Space Agency decided to send the Rosetta probe to study the 67P comet Churyumov Gerasimenko, nicknamed "Tchoury." After a ten-year voyage and hundreds of millions of miles crossed through space, the probe entered the comet's orbit and stayed there for 18 months--a first in the history of space conquest. Its lander, Philae, a kind of miniature science laboratory, landed directly on Tchoury's surface to sample matter for analysis. The mission: to find some answers to the questions of the origins of the solar system and the emergence of life on Earth.

Among the important data collected by the Rosetta probe were scores of incredible new photographs of the comet--presented here in an extraordinary book, a sequel of sorts to 2013's This Is Mars. The Comet is structured around the various phases of the probe's journey: leaving Earth, breaching its atmosphere and watching its lights disappear; skirting the Moon and coming close to Mars; and finally losing itself in the starry void of the cosmos and approaching the comet. Thanks to highly developed optical technology, each of these encounters yielded captivating images of the various planets in incredibly high definition; their textures and surfaces appear on the paper in vivid detail. In addition to the staggering collection of images, The Comet includes a text by Jean-Pierre Bilbring, an astrophysicist involved with the Rosetta project, reflecting on the objectives of this mission and the accomplishment of such a technological feat for humanity. The result of an interstellar voyage, this book is a photographic dream that transports the reader into space aboard the Rosetta probe.