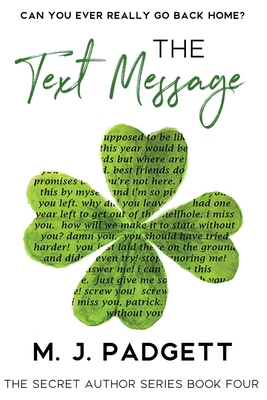 The text message was clearly meant for her brother, Patrick. There was no way Adam Norcross intended to text Emily Waters--his best friend's sister, his arch-enemy, his nemesis... Okay, maybe that's going too far, but Adam never liked Emily, a fact made perfectly clear on the day of Patrick's funeral.

Emily has a plan for her future. It's simple--get out of her small hometown and never look back. It's the only way she knows to escape the onslaught of memories that seem to pop up everywhere she goes. Adam's plan is a little different--wallow in self-pity, anger, and frustration until he explodes in a sensational display of emotional overload. It's the only way he knows to cope with his guilt over his best friend's death.

On the first day of senior year, Emily receives a mysterious text message. At first, she assumes it's a mistake, but soon, she realizes it was meat for her deceased brother. When the identity of the sender is revealed, the adventure that follows sends Emily into a tailspin she won't see coming. When the smoke clears, all she is left with are the broken pieces of her life and one echoing question... can you ever really go back home?